This is an excerpt of an article originally published in Human Reproduction and was co-authored by Dr. William Matzner.  The full article is available here.

Numerous investigators have shown an increased prevalence of antiphospholipid antibodies (APA) among infertile women. However, the exact relationship between APA and infertility in general, and IVF specifically, remains an enigma (Coulam, 1999). Four studies suggest that APA exert an adverse influence on IVF outcome (Birkenfeld et al., 1994; Geva et al., 1994; Sher et al., 1994, 1998a; Dmowski et al., 1995), while five others show no such relationship (Gleicher et al., 1994; Birdsall et al., 1996; Denis et al., 1997; Kowalick et al., 1997; Kutteh, 1997). Possible explanations for the discrepancies include: (i) absence of standardization in the assays used to measure APA; (ii) varying cut-off points used to define positive versus negative results; (iii) differences in the populations of patients studied; and (iv) the fact that IVF, by its very nature, involves so many sensitive and complex steps, as to render assessment of the influence of any single variable on outcome, virtually impossible.
The authors have previously reported a correlation between APA positivity and decreased IVF pregnancy rates in cases of organic female and unexplained infertility, which could not be established in cases of isolated male factor infertility (Sher et al., 1994, 1998b). The IVF outcome in these patients was significantly improved through administration of mini-dose heparin/aspirin (H/A) therapy (Sher et al., 1994, 1998b). However we noted that, in contrast to other phospholipid epitopes, in the presence of IgG or IgM class antibodies against phosphatidylethanolamine (PE) and/or phosphatidylserine (PS), H/A therapy alone was not found to be beneficial (Sher et al., 1998b). In these patients, the addition of empiric treatment with intravenous immunoglobulin G (IVIG) was able to improve outcome in a subsequent IVF cycle (Sher et al., 1998a,b). The therapeutic role of IVIG for treating reproductive failure is controversial (Balasch et al., 1996; Christiansen, 1998; Daya et al., 1998; Stephenson et al., 1998). However, proponents of its use for both immunological spontaneous abortion and IVF failure have suggested that a possible mechanism of action may be through down-regulation of NK cell cytotoxicity (activity), thereby converting a hostile Thl endometrial milieu to a trophoblast-friendly Th2 environment (DePlacido et al., 1994).

The present study had two objectives. The first was to evaluate the prevalence of APA and increased peripheral NK cell activity (NKa) in IVF candidates with organic female indications (i.e. endometriosis, pelvic adhesions) or unexplained infertility, compared with a similar group of patients with isolated male factor infertility. Second, given our previous experience of IVIG being beneficial for IVF outcome in aPE/ aPS+ patients, as well as its reported down-regulatory effect on NK cell activity, we attempted to evaluate the association of the presence of antibodies against these specific phospholipid epitopes with increased peripheral NK cell activity.

All patients evaluated between December 1998 and June 1999 for treatment with IVF-embryo transfer who were aged under 40 years, and had cycle day 3 FSH concentrations < 10 mIU/ml, were included in this retrospective analysis. All of these patients were screened for immunological abnormalities as part of a standard work-up. Indications for IVF treatment included male factor, endometriosis, pelvic adhesions and unexplained infertility with previous treatment failure. Patients with a male factor and other female factors were classified in the female factor group. Endometriosis patients encompassed all stages of disease, but were mainly stages I and lI. Patients classified as unexplained infertility were documented by laparoscopy to have patent tubes, were free of pelvic adhesions and endometriosis, and had a normal uterine cavity by hysteroscopy or hysterosalpingography. They had normal ovulation, and there was no evidence of male factor or antisperm antibodies. Not all patients evaluated subsequently underwent treatment and therefore, no attempt was made in this study to correlate the presence of APA or NKa with IVF outcome.

The control group for the APA assays consisted of 40 non-infertility patients, aged between 25 and 45 years, who had no history of clinical or subclinical autoimmune disease, or recurrent pregnancy loss. Using the central limit theorem, the sampling distribution of the sample mean was approximated by a normal probability distribution as the sample size became `large' (defined as n > 30). Based upon this theorem, borderline positives were defined as >2 SD above the mean of normal controls, and positive values were defined as >3 SD above the mean for normal controls. As is standard in the field of rheumatology, and as defined by the American Society of Reproductive Immunology (Coulam et al.. 1999), a positive assay in the presence of the proper clinical history was used to define the autoimmune reproductive failure syndrome in these patients.

Each time an ELISA assay was performed, both known negative and positive controls were run simultaneously for each isotype of every epitope. Positive controls were obtained from APL Diagnostics (Louisville, KY, USA), and from serum samples in the radioimmunoassay laboratory that were consistently over 2.0 optical densities (OD). This was important to assess the performance of the antigen coated on each plate, the antibody conjugates, the pipetting technique, the washing method, the incubation times, the incubation temperatures and the substrate. Intra-assay variation was addressed by running each sample in duplicate with the final reported value being the average of the two. The inter-assay assay coefficient of variation was 2.12%.

The determination of natural killer cell function was performed by flow cytometry using a previously described technique (Kane et al., 1996). Briefly, K562 cells were grown as stationary cultures at 37°C in 5% CO2. The cells were subcultured for 3 days before the assay, to be certain that they were in log phase. Before use in the assay, cells were incubated with 10 ill of 30 mmol/1 dioctadecyloxacarbocyanine perchlorate (DiO) per ml for 20 min at 37°C, 5% CO2. Effector cells aPE/aPS and NK cell were isolated from the buffy coat of heparinized blood using the FicolHypaque centrifugation. Target cells at the standard concentration and effector cells at various dilutions (1:1, 1:2, 1:4, 1:8) were added to create effector/target ratios from 50:1 down to 6.25:1. A total of 130 µl of propidium iodide (PI) was added to the tubes, and the mixture was centrifuged for 30 s at 1000 g in order to pellet target, effector cells and PI. Either interleukin-2 (IL-2) or various concentrations of IVIG were added to the assay. and the mixture was incubated overnight at 37°C, 5% CO2. Data were collected for analysis on the Becton-Dickinson FACScan flow cytometer, using the Consort30 (Becton-Dickinson Immunocytometry systems; BDIS) program and Lysis software (BDIS). The spontaneous lysis was subtracted from the actual lysis for each sample. Based upon the control population (noted above), increased NK activity was defined as > 10% killing, with increased killing activity in the presence of IL-2, and decreased activity of at least 50% from the natural state in the presence of IVIG.

Analyses of differences within and between groups were performed using the chi-square and Fisher's exact tests for significance where appropriate. A P-value < 0.05 was considered statistically significant.

Dr. William Matzner works in the area of healthcare economics consulting at Healthcare Analytics, LLC, in California. He graduated Phi Beta Kappa from Stanford University. He received his M.D. with Honors from Baylor College of Medicine. In 1988, he was the Solomon Scholar for Resident Research at Cedar Sinai Medical Center. Dr. Matzner subsequently was awarded a PhD in Neuro Economics from Claremont Graduate University. He is board certified in Internal Medicine and Palliative Medicine. He has researched and published extensively on the issue of reproduction and immunology in medical literature. He has been in private practice since 1989, specializing in Reproductive Immunology and Internal medicine.

Dr. William Matzner, Simi Valley, California The cost of healthcare continues to be a topic of intense discussion from kitchen tables... 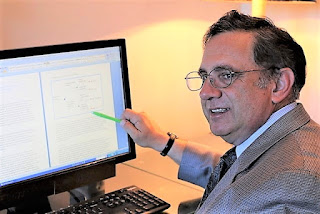 Dr. William L. Matzner, California
Dr. William Matzner (Simi Valley, California) graduated Phi Beta Kapa from Stanford University. He received his M.D. with Honors from Baylor College of Medicine. In 1988, he was the Soloman Scholar for Resident Research at Cedar Sinai Medical Center. Dr. Matzner subsequently was awarded a PhD in Neuro Economics from Claremont Graduate University. He is board certified in Internal Medicine and Palliative Medicine. He has researched and published extensively on the issue of reproduction and immunology in medical literature. He has been in private practice since 1989, specializing in Reproductive Immunology and Internal medicine.